Reasons Why You Should Take Ayurvedic Treatment For Asthma - Shuddhi 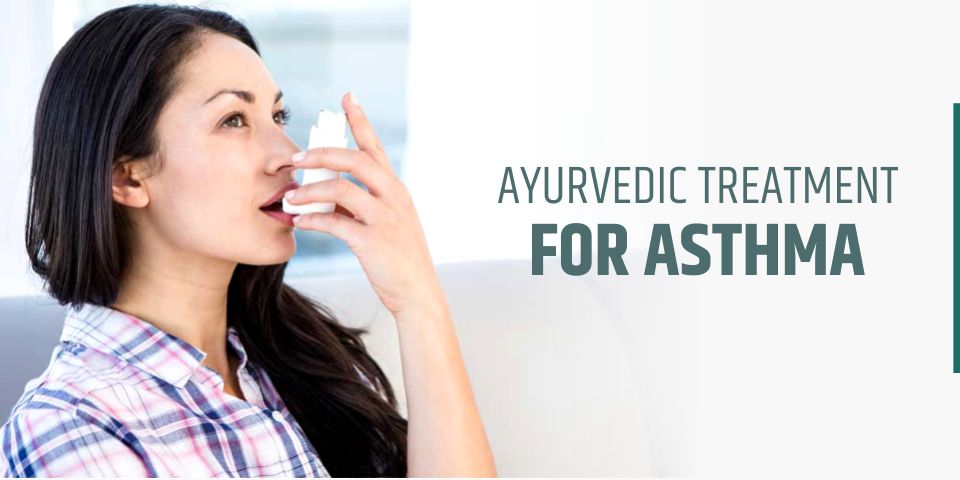 Asthma is an inflammatory disease of the respiratory system. It is characterized by chronic symptoms such as episodes of chest tightness, coughing, wheezing, and shortness of breath. These symptoms can turn out to be worse during the night or while participating certain activities. The severity of these symptoms depends on the individual. Asthma has no modern cure, but there are Ayurvedic herbs that can handle this lung disease and allow the patient to have a more comfortable lifestyle.Read the blog below to know about the best ayurvedic treatment for the treatment of lung disease such as Asthma.

According to Ayurveda, Asthma is caused by the accumulation of Kapha in the respiratory system. The airways happen to narrow due to the blockage caused by Kapha. This interrupts the flow of air to the lungs leading to difficulty in breathing. Asthma is as well caused by excessive ingestion of vata (cold), taking kapha aggravating food items, and also issues caused by lung diseases. Lifestyle factors, besides, play a role in contracting asthma.

Taking cold foods can lead to blockage in the respiratory channel and resulting in difficulty in breathing. Staying in cold and moist environment is a reason for asthma too.

There Are Different Types of Asthma and Few of Them Are Given Below:-

This type of asthma can be due to number of reasons such as occupational asthma, smoking, obesity, stressful life or one more reason in women can be due to female hormones.

Ayurveda helps to treat asthma symptoms and control the occurrence of asthma attacks.

Put a quarter teaspoon of pippali combined with one teaspoon of honey in a bottle.  Then mix with a half spoon of Indian bay leaf.  The mixture should be taken two or three times a day. It helps to prevent chronic symptoms of asthma. To avoid asthma attacks in the night, take this mixture before going to bed.

Boil a teaspoonful of freshly grated ginger and a glass of milk to make ginger and turmeric tea. Then add a half teaspoon of turmeric powder in it and take two times daily. This is one of the best Ayurvedic treatment for lung disease which helps to reduce the recurrence of asthma attacks.

Ginger is among the most acknowledged herb when it comes to dealing with inflammation. Crush two to three garlic cloves and put in half a cup of ginger tea. This is an effective treatment to let lose the accumulation of kapha in the airways, thus preventing asthma.

It is called Adulsa in Hindi. Adhota is an Indian medicinal herb which is very helpful to control bronchitis. Moreover, it is a very effective cough remedy for asthmatics.

So, try these herbs and Ayurvedic treatment to treat lung diseases like Asthma. Is There Any Ayurvedic Remedy For Fatty Liver?