What Is Gastroesophageal Reflux Disease (GERD)?

What Is Gastroesophageal Reflux Disease (GERD)? Everything You Need To Know About GERD

GERD is a condition in which the ring of muscles between the stomach and the esophagus effects and may damage the lining of the esophagus.

Gastro means your stomach. Esophagus means your food pipe with which the food enters the stomach. Reflux means to flow back, upward or return. So Gastroesophageal reflux disease means that the stomach acid gets pushed up into the esophagus, resulting in burning pain, commonly known as heartburn or pyrosis. When a person experiences acid reflux at least twice in a week, that person is considered to be suffering from GERD or Gastroesophageal reflux disease Ayurvedic treatment with a healthy diet and lifestyle changes may provide the relief from acidity in the stomach.

There are other some possible symptoms include:

The stomach contains hydrochloric acid, which is produced during digestion. Acid reflux happens when some of the acidic contents of the stomach rise from the stomach into the esophagus, causing a burning sensation.

Unlike the stomach, the esophagus has no lining to protect it from the acidity of hydrochloric acid. A ring-like muscle that separates the stomach from the esophagus called gastroesophageal sphincter offers this protection. The muscle is a valve that only allows food into but not out of the stomach. When the valve malfunctions, it allows acidic stomach content to rise into the esophagus.

This situation can be caused by hiatal hernia – when the top part of the stomach enters the thoracic cavity through a hole in the diaphragm. Hiatal hernia can’t be prevented. However, other causes include smoking, lack of exercise, obesity, and taking some medication such as sedatives, painkillers, and antihistamines. Pregnancies also cause the disease because of the compression of the organs within the torso.

Lack of treatment of GERD is a predisposing factor to cancer and other illnesses. The continued exposure of the esophagus to acid reflux could damage the organ and lead to complications such as:

In Ayurveda, Agni (fire) that is responsible for smooth bodily operations is either nourished or impaired by the food one eats. Ayurveda cautions against fried foods, very cold foods, and processed meat as they create Ama (toxins). Ayurvedic treatment for acidity in the stomach advised only to eat when hungry; avoid cold, oily, fried, and spicy foods; and after eating, take at least three hours before eating again.

Diet and Lifestyle for GERD Patients 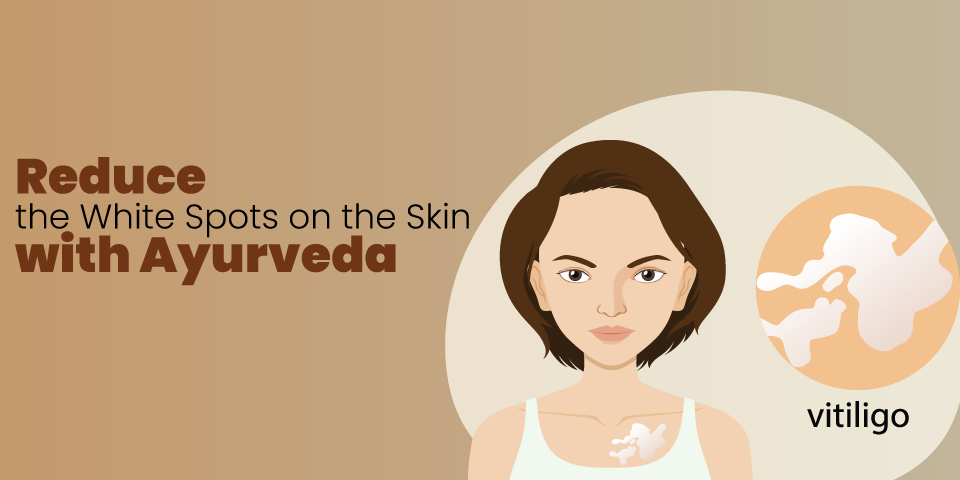 Reduce the White Spots on the Skin with Ayurveda